Declare the decree of the Lord over your city 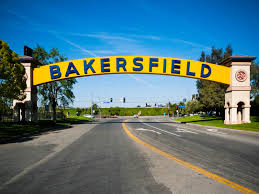 SCRIPTURES DECLARATIONS FOR YOUR CITY

Thank you, Father, that You are restoring the judges of our city as at the first and our counselors as at the beginning. We call our a city RIGHTEOUS—a FAITHFUL city. (Isaiah 1:26).

Father, we declare that this city is being delivered because the believers of this city acknowledge our poverty of spirit, by not looking to our own wisdom, but drawing from the wisdom that is from above. (Ecclesiastes 9:15).

Father, we declare that Your people in this city are not caught up in building our own houses and adorning them, but we are consumed with building YOUR house; and therefore, YOU are the Keeper and Guard of our city. (Haggai 1:9; Psalm 127:1).

Father, we declare that our city is rejoicing because it is going well with the uncompromisingly righteous. By the blessing of the influence of the UPRIGHT, we call our city EXALTED. (Proverbs 11:10-11).

Father, we declare that because Your people of this city are wise, we are scaling the city walls of the mighty and bringing down the strongholds in which this city trusts. (Proverbs 21:22).

Thank you, Father, that You are purging our city of scoffers who would set it afire, inflaming the minds of the people, and because Your people are using Godly wisdom, we are turning away wrath. (Proverbs 29:8).

Father, we lift our voice to declare the song that You have given us to sing over our city, which says, “We have a strong city, the Lord sets up salvation as walls and bulwarks.” (Isaiah 26:1).

Father, we declare that Your people in this city are called a HOLY people, the REDEEMED of the Lord. We call this city SOUGHT OUT, a city NOT FORSAKEN. (Isaiah 62:12).

Father, we decree that You are making our city to be a city set on a hill, whose light cannot be hidden. (Matthew 5:14).

Father, we declare that our city is called the FAITHFUL CITY OF TRUTH, and it is full of boys and girls playing in its streets. (Zechariah 9:3,5).

Thank you, Father, that You are raising up Your people to rebuild the ancient ruins, and to raise up the former desolations and renew the ruined cities and devastation of many generations. You are causing us to be called the repairers of the breach and restorers of streets to dwell in. (Isaiah 61:4; 58:12).

Father, because You are the holy and just Creator of this world, IT, and ALL of its fullness and ALL who dwell in it belong to You. We declare that “ALL” includes our city. (Psalm 24:1).

Categories: Declare the Decree's of the Lord. (Scripture Declarations)

Oops, you forgot something.

The words you entered did not match the given text. Please try again.

Reply Fjjuwoups
4:24 PM on February 28, 2021
viagra insurance how long does it take for a 100mg viagra to kick in? what happens when you take viagra

Reply Fjjuwoups
10:58 PM on February 26, 2021
viagra prank buy viagra near me how long does viagra last in your system

Reply KbbfTyday
1:35 AM on February 12, 2021
nitric oxide and viagra together http://kloviagrli.com/ viagra no prescription